This month I thought we would start with a little - it is not uncommon at some meetings music and it is woodworking related of course.


According to Wikipedia the Musical Saw was first used by Clarence Mussehl Back in America, around 1919, Clarence Mussehl, the first professional musical saw manufacturer, began experimenting with thinner steel and changes in width, creating a saw capable of producing approximately 16-20 notes. He was the first to develop thinner more malleable steel capable of better resonance and vibrato.

Apparently "as we all know" a saw sounds like a Flexatone or Fleximetal which is a modern percussion instrument (an indirectly struck idiophone) consisting of a small flexible metal sheet suspended in a wire frame ending in a handle. Used in classic cartoons for its glissando effect, its sound is comparable to the musical saw

Note: For any virtuosos amongst us we will accept saw performances for Show and Tell (but we will reserve the rightr to limit the number of saw performances per meeting in case we are inundated.

The meeting was called to order by President Frank Ramsay

Paul announced that the next meeting will be Sunday July 17th

He is working on getting a speaker for the July meeting.
(Since the meeting Paul has announced it wil be Morgan Strickland)

Stan Broker brought in sandpaper packs, 50 sheets in a pack, $35/pack, and clamp-on guide rails that he is selling for $10 and $20.
He also brought in 12" disc sander sanding discs (50 grit), 400 grit aluminum oxide paper, clock mechanisms, and small brass hinges. All are being donated to the club.

Tate first exposed to woodworking when he worked for his parents who owned a cabinet shop. As a young adult he joined a coop woodworking group in Los Angeles. 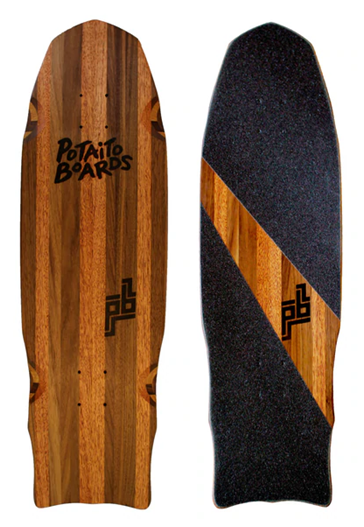 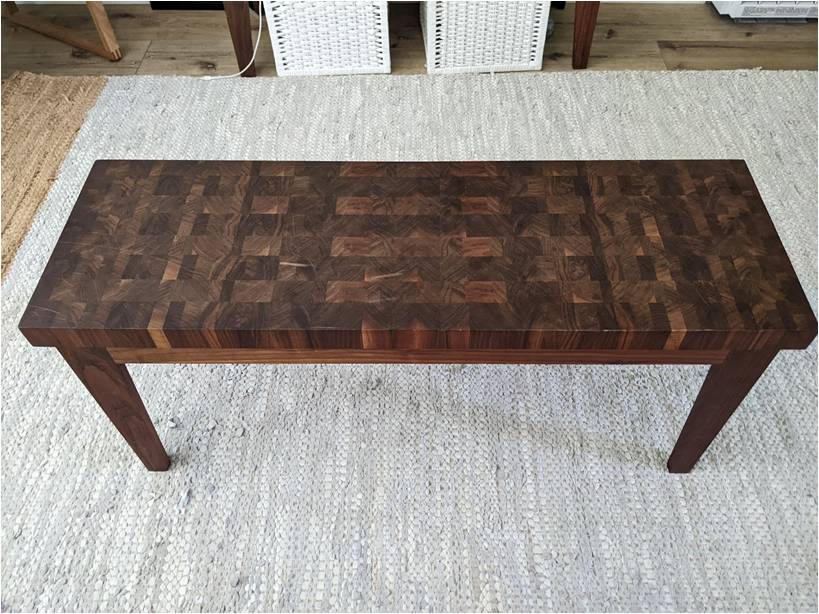 "My first piece of furniture, before knowing anything about joinery - still in use A three edged stool with wedged through tenons. "It was supposed to have foot rests but I couldn't figure out the geometry" 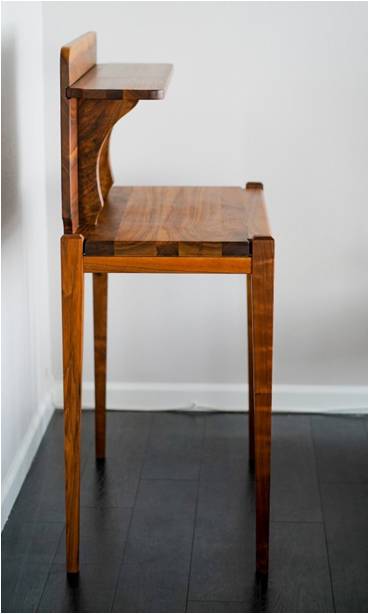 A standing desk he made for his girlfriend. It is made with full mortise and tenon joinery. "I was also given a lot of advice from a talented teacher about wood movement, so there are slotted screw holes attaching the 'corbels' to the back panel, allowing for the panel to move vertically" 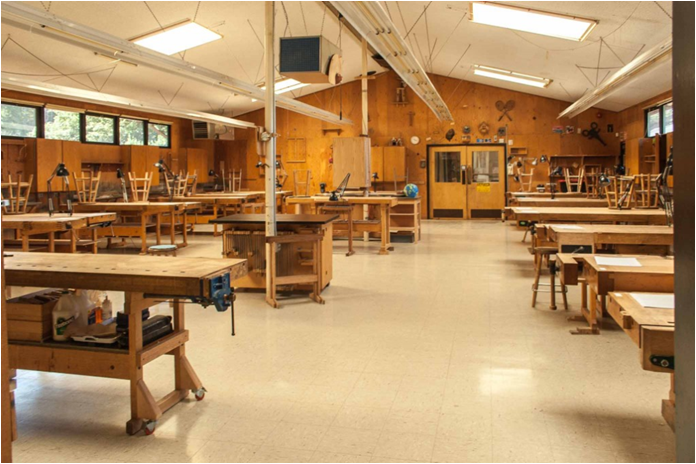 Tait went to the Krenov school in Fort Bragg and took the 9 month course. "You have to bring many of your own tools. One of the first things you learn is how to sharpen an edge. Then you make a smoothing plane and other planes."

His first semester project at the Krenov school, known as a hog's ear cabinet. 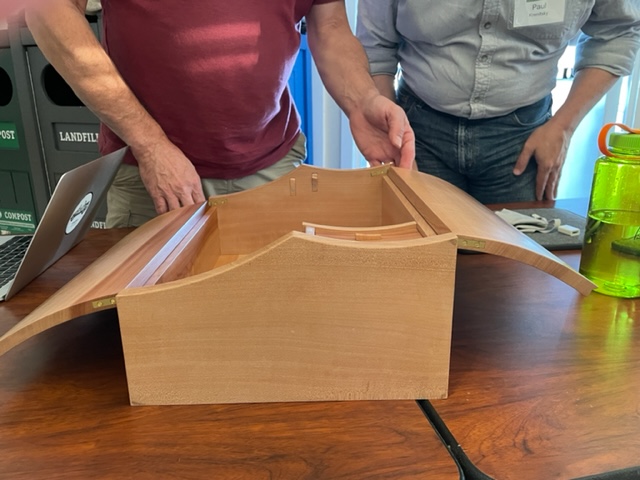 He made it for his mom using Pacific Coastal Madrone. It has concave doors in front, dovetail joinery and two small drawers and a shellac finish. 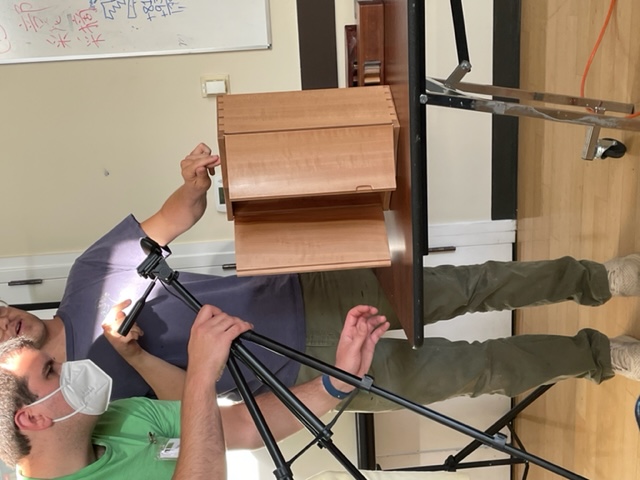 Max getting a close up shot for our remote attendees Details of the drawers 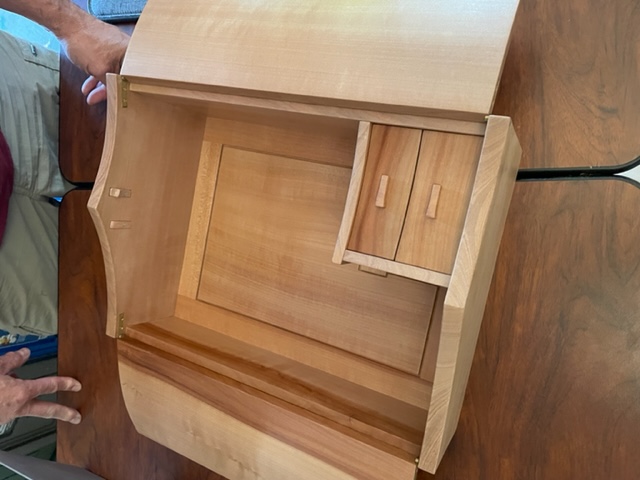 A view of the curved front profile 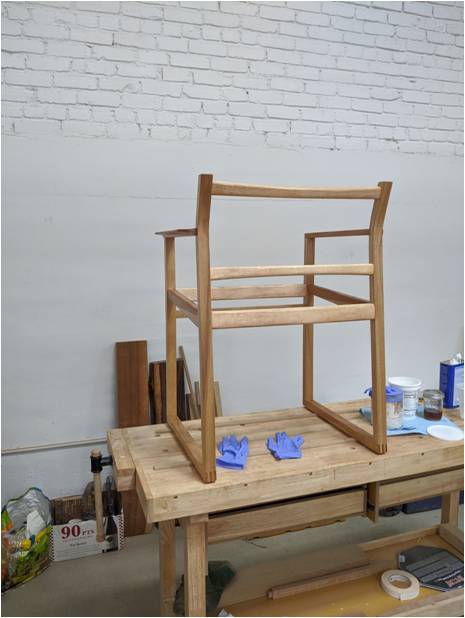 Weaving the seat took me several days to do. I didn't use hook nails, so I had to weave each crossing piece individually and pull the remainder through behind it, on every wrap. Unfortunately, the chair is uncomfortable

Veneered desk made of Macorie 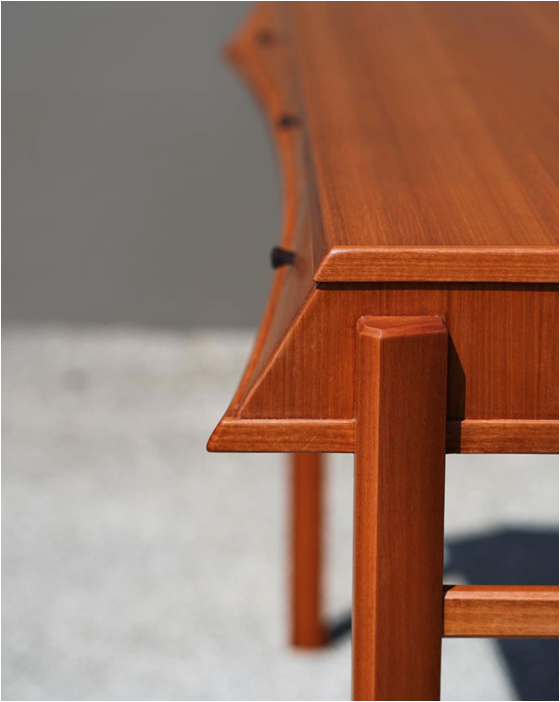 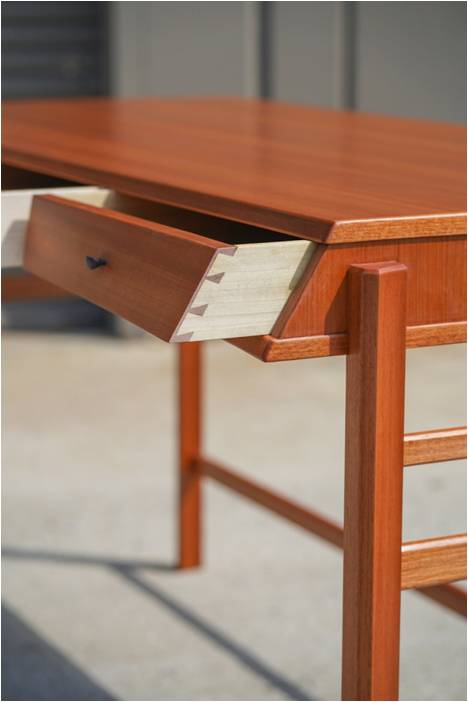 "People thought Poplar was an odd choice for drawer sides, but I felt like I was offsetting the use of an exotic wood "

"Traveled to Vermont to learn how to make a chair from green wood." When pieces are at rough dimensions, you start by planing down one side, squaring up an adjacent side, and using templates to create the shape 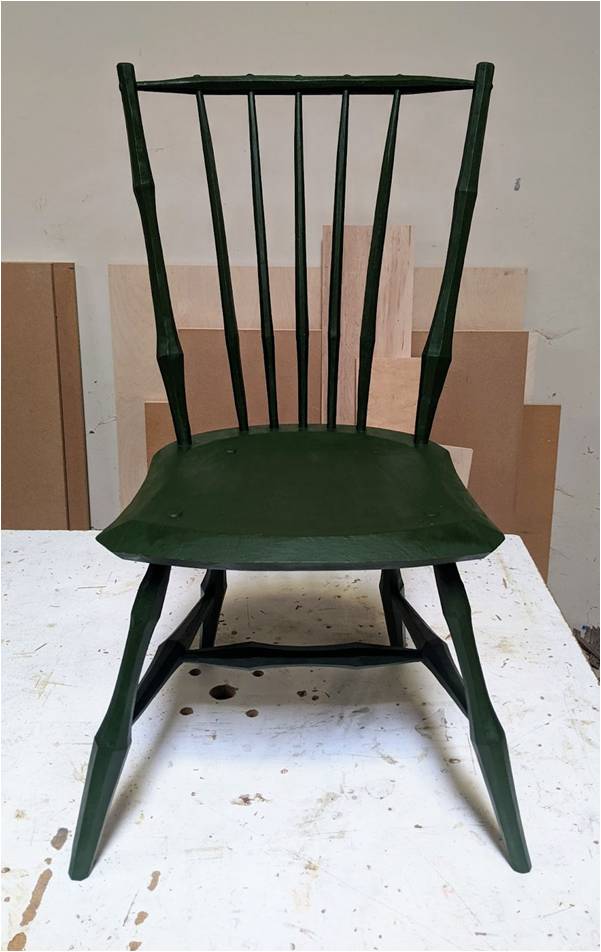 "I had gotten interested in the subject after reading books from Jennie Alexander and Peter Gilbert". He started with an ash log, split it, used a froe to break the log down further. 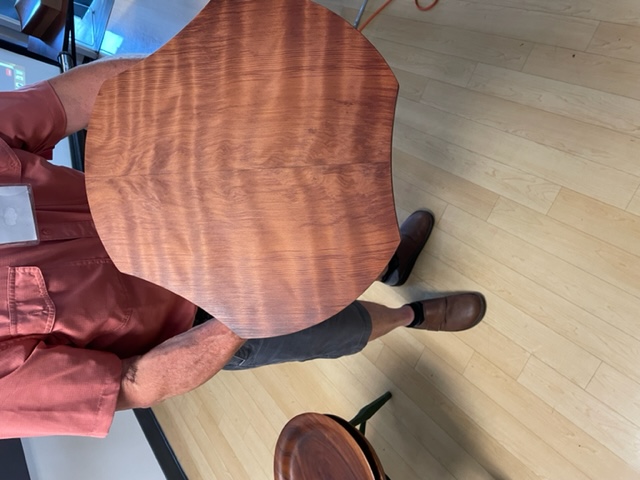 Tom brought in a plant stand that he made from Redwood. Finished with Osmo. Claude brought in a wooden cheese knife he made. He mentioned the Shinto rasp was useful and could produce smooth cuts.

Then he showed us a bowl he made that had crushed stone inlay highlights and another bowl that had powdered metal highlights. Each of the highlighted areas was bonded with super thin cyanoacrylate adhesive.

Burt brought in a floor lamp he made from oak. It has track lighting running vertically. It was finished with Minwax stain and polyurethane. "A small box I made from a piece of ash for my sister. The piece of ash came from a tree we needed to cut down in the backyard. The joinery on the ends is rabbets and the lines of wood are added by cutting the piece on the bandsaw and then filling the kerf with a thin piece of wood. They were made to hold pen/pencils and some makeup."