Wecome to 2018, a new year full of potential, hope and dreams.

A year is such a long time; we can design and make all those things we have put off for so many years past; we can experiment with new varnishes to get the perfect finsh we have always wished for; we can dream we will win a First Place at a major woodworking show...or we can just relax pottering in the workshop just enjoying ourselves.

What ever your wishs I hope hope they all come to fruition......and if you do not have enough projects lined-up this is an even year so we will probaly have our woodwork show in the autumm, and we will have a box challenge, and a 2 x 4 challenge. (the calendar with dates for these events will be avilable by the time of our next meeting.)

It is that time of year when Membership renewals are due. The cost is only $48 per year which works out to $4 per meeting which is good value. Please bring your check or cash to our next meeting on Sunday 21st of January, or, if you can not make the January meeting, you can send a check to John Blackmore our Treasurer at:

The meeting was called to order by President Frank Ramsay at 6:30 PM.

Mark Harpainter will be our guest speaker for our January meeting, he is an art conservation specialist in wood who has worked on US government projects.

Mark Tindley will be our speaker at the March meeting and will talk about Greene and Greene style furniture.

Ray Burger volunteered to train as Program Director and asked for suggestions for speakers for 2018.

Bruce Powell suggested a talk on making boxes with box joints. Claude Godcharles said that he knows someone who would be good for this.

Mike Tracy suggested a talk on using hand tools to make a bench.

Frank Ramsay suggested a talk by the SF Fire Department, which builds its own wooden ladders.

Other suggestions were drying and cutting trees for lumber and jigs and fixtures for Chinese furniture joinery.

Ray then spoke about his vision for the programs:

First was a style based on shows like This Old House or America's Test Kitchen, where ways of doing a big project are studied and demonstrated.

Third would be to have talks by representatives from commercial entities-tools, lumber yards, finishing materials. Berkeley Mills was suggested by Bruce Powell.

Arnie Champagne's nephew is selling the furniture and shop tools Arnie left. They are listed on Craigslist.

Claude has persimmons to give away.

Mike Bray has olive wood to give away.

John Blackmore announced that dues for 2018 are payable immediately.

Frank Ramsay Design without rulers or squares(or back to geometry)

After the break, Frank Ramsay spoke about his visit to the Alhambra in Granada, Spain, and the amazing variety of geometric forms it demonstrates. It was renovated and rebuilt in 1273. Its beauty inspired Frank to purchase a book (in French) about Islamic Art Designs and led him to try to duplicate the forms using compass and straightedge. He demonstrated several of the geometric constructions for the group.

The inside of the Alhambra is covered with structured designs in stone, plaster, ceramic tile and some in wood:

The book showing how all these designs were created using only a straight edge and a compass similar to the old blackboard compasses used to teach "mechanical drawing" when he was 11 years old at school:

Reading the book Frank got as far as page #55 and was thinking it was getting too complex for his woodwork when he tuned to page #57 and remembered the pattern he had seen used on a Pennsylvania Spice Cabinet many years ago. 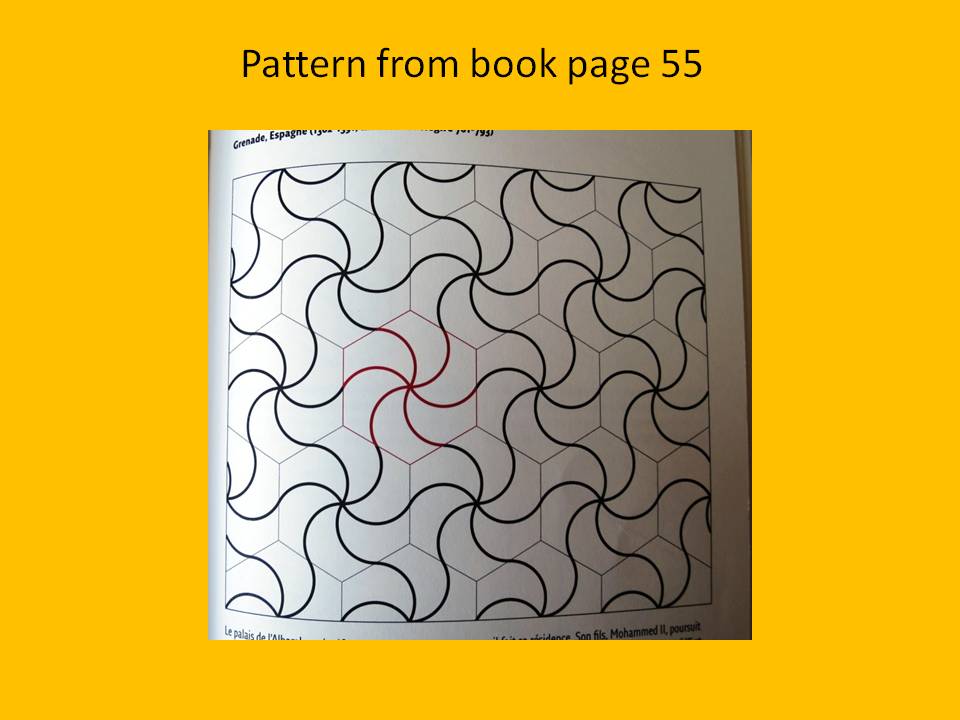 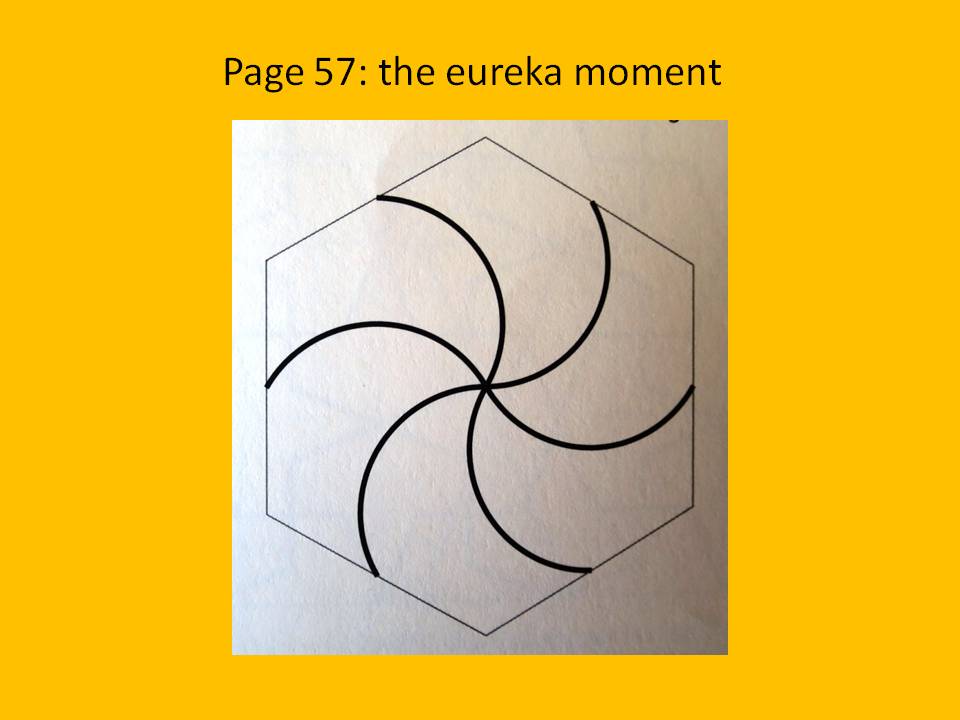 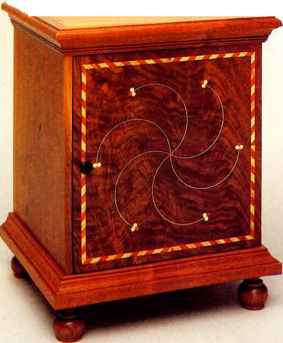 The methodology used in the book is Euclidian geometry which was developed about 350 BE, long before the Alhambra (rebuilt 1273 AE), the set-square which we would use today (not invented until 1860 AE). Below are examples from the book on how to draw a square and a hexagon with just a straight edge and a compass. These basic shapes can then be enhanced to create the patterns above without any measurements involved. 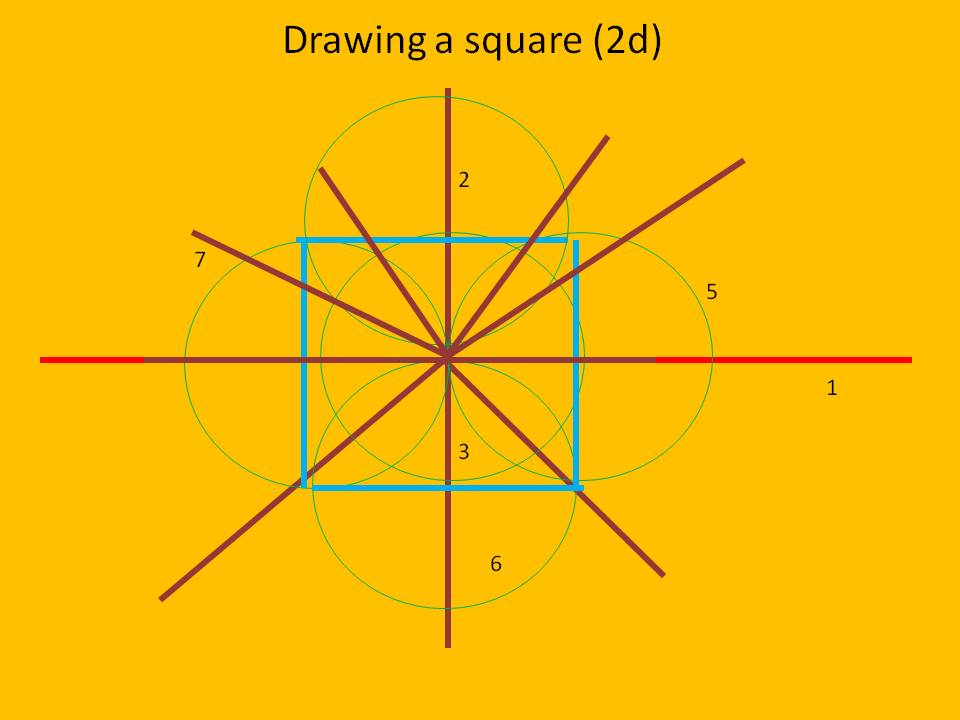 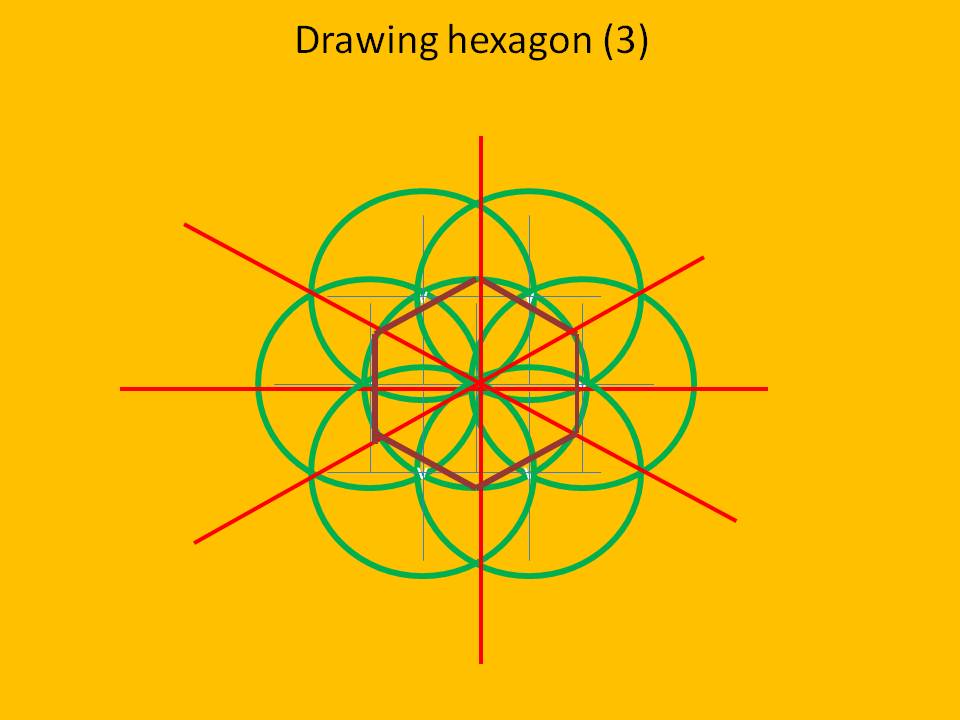 The usefulness of this form of geometry is that it is easier than using set-squares, angles and measurements when laying out some types of design. Below are examples of Frank's hexagonal table tops that would have been much easier to design using geometrical construction.

The book is "L'ART Des Motifs Islamiques, Mode d'emploi by Eric Broug" It was originally written in English and is available on Amazon:

During the break members socialized and enjoyed the food brought in for the Holiday Potluck. 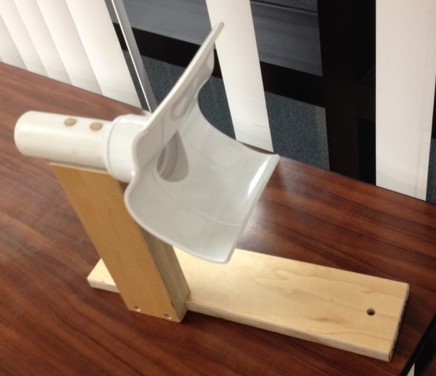 Mike Bray showed a dust collector for a mini-lathe that he built using Schedule 40 irrigation pipe.

Aaron Blohowiak showed a walnut Maloof-style rocker he built using Charles Brock templates and instructions from Mark Spagnuolo. It was finished with 3 coats of Tried and True varnish.

John Flaherty showed a manzanita cabinet he made while studying at College of the Redwoods.