BAWA had its first Zoom video meeting in March. It was a good exchange of information on projects that members are working on but without the normal advantages of an in person discussion.

The whole world is hurting due to the COVID-19 virus, even those in the professional woodworking business. In what I think is a first, last Sunday's New York Times the front page had a story about a custom woodworking business, Urban Handicraft based in Brooklyn. It is struggling with how to maintain its workers even with the grants available.

I hope you are all keeping safe and finding projects to keep you busy.

Woodcraft in San Carlos is still providing curbside pickup of tools and supplies in the shop – call them in advance: woodcraft.com/pages/covid-19

Our next meeting on May 17th will be another Zoom event. Details will be sent out soon.

This was the first BAWA general meeting ever held by remote video Zoom due to shelter in place rules as a result of the COVID-19 pandemic. The meeting was called to order by President Frank Ramsay at 6:05 PM. There were 21 attendees.

Paul Krenitsky reported on the agenda for upcoming meetings. It can be viewed at: Calendar

John Blackmore gave the Treasurers Report which showed $3771 in our checking account and $2091 in our savings account. We are in good shape because of not paying for meeting space while sheltering in place or honoraria for speakers. He announced that he will be leaving the Bay Area in the near future and will need to be replaced as Treasurer very soon.

Ken has been working on home projects… a Redwood exterior gate with Fir posts and 2x4 rails with lathe turned Redwood spindles on top. It is finished with Thompson Water Seal. He also built a second gate in a similar style leading to the side yard. For this project the panels were resawn and book matched. Finally, he built a third gate leading to the back yard. This one used mortise/tenon construction with very long 2-1/2" x 3" wide pegged tenons held together with waterproof glue. He also built two round columns to support the roof over his front entryway using a 10" diameter PVC pipe for the structural element. He glued up some redwood/Doug fir pieces to form the top and bottom column ends, which were band sawn and routed to shape. He then previewed a small table he built for the 2x4 contest which had a 3-legged pedestal made of bent wood pieces. Lastly, he showed a band sawn box he built for his grandchild which had wooden faux ribbons on top.

or Keeping busy with Little Pieces of Wood

Jon showed his COVID woodworking in which he is using up small scraps of wood lying around in his shop. He showed an earring box he built for his wife made of oak and walnut with brass rods to hold the earrings. A second box had compound angle hand cut dovetails. He also showed the many practice pieces he has made following Gary Rogowski's hand cut dovetail exercise.

Jamie described how he made a translucent wooden lampshade by contact cementing .010" thick aspen veneer over thin polycarbonate plastic sheet. This laminate was wrapped around a cylindrical form and glued. He also did some COVID working, utilizing his shop scraps to build 7 treasure chests for the Toy Workshop. 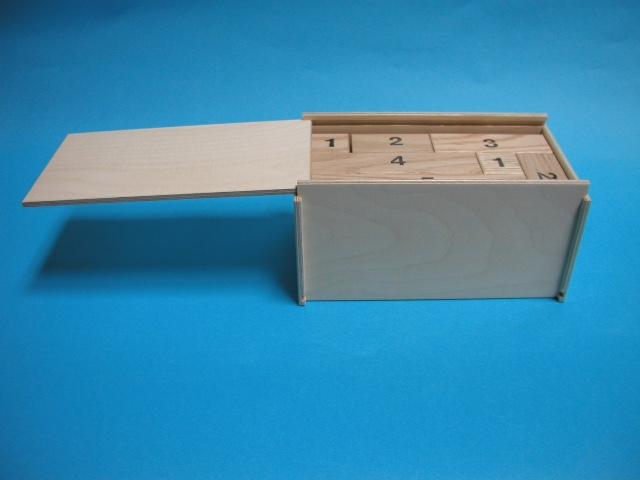 Per showed some record racks and stereo racks he had made in his commercial shop. He also showed a Baltic Birch plywood box with a set of number blocks inside, the length of each corresponding to the number on it. He showed a picture of a Toy Workshop gathering that made them. In his second artistic career Per has taken up ceramics. He showed a ceramic table base he made, for which Jamie has made a zebra wood top. 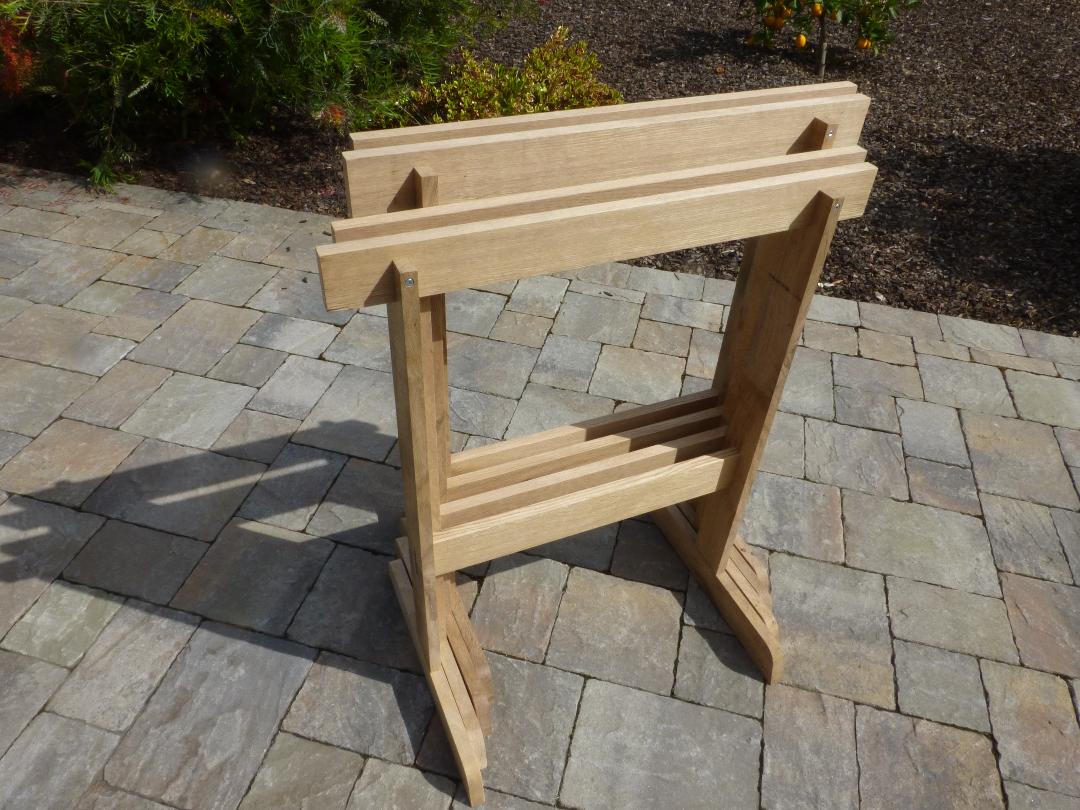 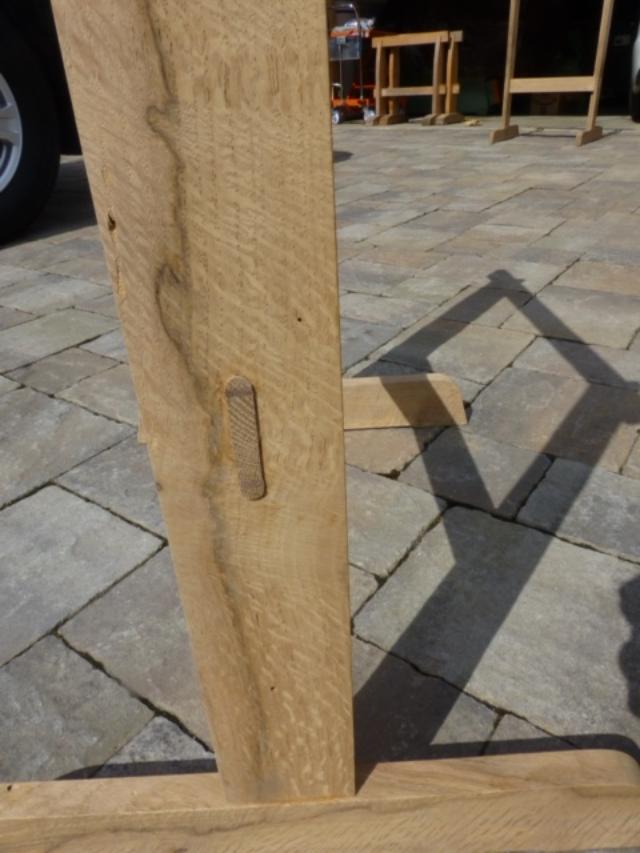 While he was studying at College of the Redwoods, Jim Budlong suggested he build some sawhorses. The lower stretchers are joined to the legs using mortise/tenon joinery.
The horizontal top piece is screwed in so it can be easily replaced. He showed 2 pairs he built that are different heights.

Paul described a visit to Evan Shively's Arborica Salvaged Wood Stewardship near Point Reyes. Evan has collected mostly locally salvaged wood and has sawn and dried it himself. He has maintained meticulous records and kept all like boards together. He possesses many thousands of board feet and is now cutting up about 100 thousand bf cut at the Presidio to be made into benches for the new roof top park there.

Harold joined us from his new home in Connecticut and gave us a virtual tour of his new 500 square foot shop. Because he has a wonderful wife, the existence of a suitable shop area was a prime consideration for the new home purchase. This shop even comes with an adjacent half bath making it unnecessary to go upstairs for bathroom breaks. The shop contains a Hammer 12" jointer/planer, a Vortex dust collector, and a bandsaw with a sled and a miter gauge since he does not have a table saw. In addition, he has a Rikon lathe, a Kitagawa drill press, a router table and a workbench for which he has built a new base using 2x4 Douglas Fir. 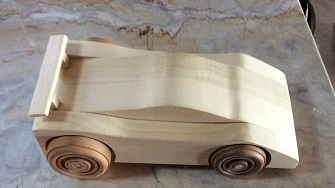 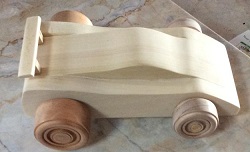 Harry has made some wooden sportscars for the Toy Workshop…5 completed and 7 in progress.

Tom showed a Teak table he made out of a table he salvaged from the side of the road. He was able to re-use the legs and the two extension pieces in the new table. He also showed two bedroom side tables made of Walnut and Douglas Fir. The tops are hand carved and are made of book matched Claro Walnut. His COVID project for the 2x4 contest was to make a table using thin laminated strips for the legs. He also showed a turned bowl and a tray made of old growth Redwood.


Bill showed some wooden pull toys he has made…a seal, a kangaroo, a beaver, a gorilla, a walrus, and a skunk.
He has also built a sofa which is now being finished.

Paul moderated a discussion of the table saw photos members had sent in.

Followed by Ken's Delta with a 36" Biesmeyer fence and blade storage in a cabinet next to the saw.

Next up was Lloyd's Sawstop where he showed a soft tile float that he uses as a push block and a dial indicator he uses for fence positioning.

Jamie's Unisaw was next, for which he has heavily modified the outfeed table so the saw can be moved easily using a Johnson bar. He installed a kick-bar at floor level for the on/off switch and has added a router table and dust collection ports. He uses an 1/8" pin behind the blade as a splitter.

Next was Bill's Amax sliding table saw which can cut through 3 stacked sheets of ¾ plywood clamped to the slider. A Powermatic.

Followed by Dennis's Felder combination saw/shaper/planer. It uses a sliding table and has a scoring blade ahead of the main blade to reduce tear-out on sheet stock. The blade can be run at variable speed which is important for the shaper function.

Next up was Jon's 10" DeWalt saw with a plywood top cover followed by a 10" Steel City saw that is 15 years old. John Blackmore's Felder, which was purchased in 2000 works very well.

Bruce showed the 10" DeWalt saw he bought at a BAWA auction which was donated to the club by David Kelley, the CEO of IDEO. The story goes that the saw was picked up at David's house in Woodside and went to John Blackmore's garage. Jon Kaplan took the sliding crosscut table to retrofit his DeWalt saw. After Bruce purchased David's saw at the auction, he generously donated his previous saw to the club and that was sold at auction to raise even more money. Bruce's saw is now in his shop in Loveland and he likes it very much.