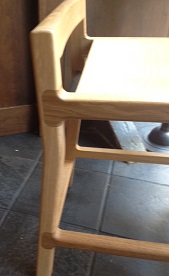 In July I wrote about the Starbucks Reserve store we visited in Danville and were surprised by the design and quality of the furniture in the café. More recently we popped into one of our regular Starbucks at the corner of Market and Third Street in San Francisco. This is just a basic store unlike the high-end Reserve store in Danville but it had also upgraded to all-Oak furniture. Not the graceful curved flowing designs we saw in Danville, but the chairs and stools had what I would call Maloof style joints. On most of the chairs the joint was not very visible unless you were looking for it so it was not being used as a visual design element. I managed to find a stool whose Oak cross bars were slightly darker than the uprights so the joints stood out so I photographed it. I think this was just a random thing; I doubt that the wood was being selected for grain match like it would be on a handmade chair so the joints on most of the chairs did not stand out.

You would have found this form of beautiful joint on a production chair pre-CNC machines but today these joints can obviously be cut as routine production joints.

Which brings me to the question "What makes our style of high-end, hand crafted-woodwork special?". Almost anything we make can now be made automatically by machine much faster and with much more precision. Yes it takes a lot of computing and expensive machines to make these chairs and it takes a lot of effort to convert the design into a production program that can drive the CNC machine to make the parts – but it is obviously now doable.

Maybe our only advantages are:

a)Making unique designs that no company would want to put into mass production.

b)Or to call our work art, as machine created art still has a way to go.

The meeting was called to order by President Frank Ramsay at 6:10 PM.

Jim Voss and Anton Hoyer of the Arques School of Boatbuilding.

Eric and Elma who had a black walnut tree to give away. It is in 5-foot-long pieces with a maximum diameter of 24 inches. It is in Burlingame and is unmilled. (details were posted to members recently)

August we will have the Woodworking Show judges' review.

September: Michael Wallace will talk about finishing plus we will have the 2x4 challenge.

November: Larry White will talk about his woodworking career including his 27 years with Sam Maloof.

Silent Auction: Last month the donation of a DeWalt Table Saw by IDEO raised $230 in the silent auction. Bruce Powell was the winner. As a result, Bruce is donating his Bosch Contractor Table Saw for this month's live auction to close on July 31st.

Bob Darr, from the Arques School of Boatbuilding


Frank introduced the featured speaker, Bob Darr, from the Arques School of Boatbuilding. 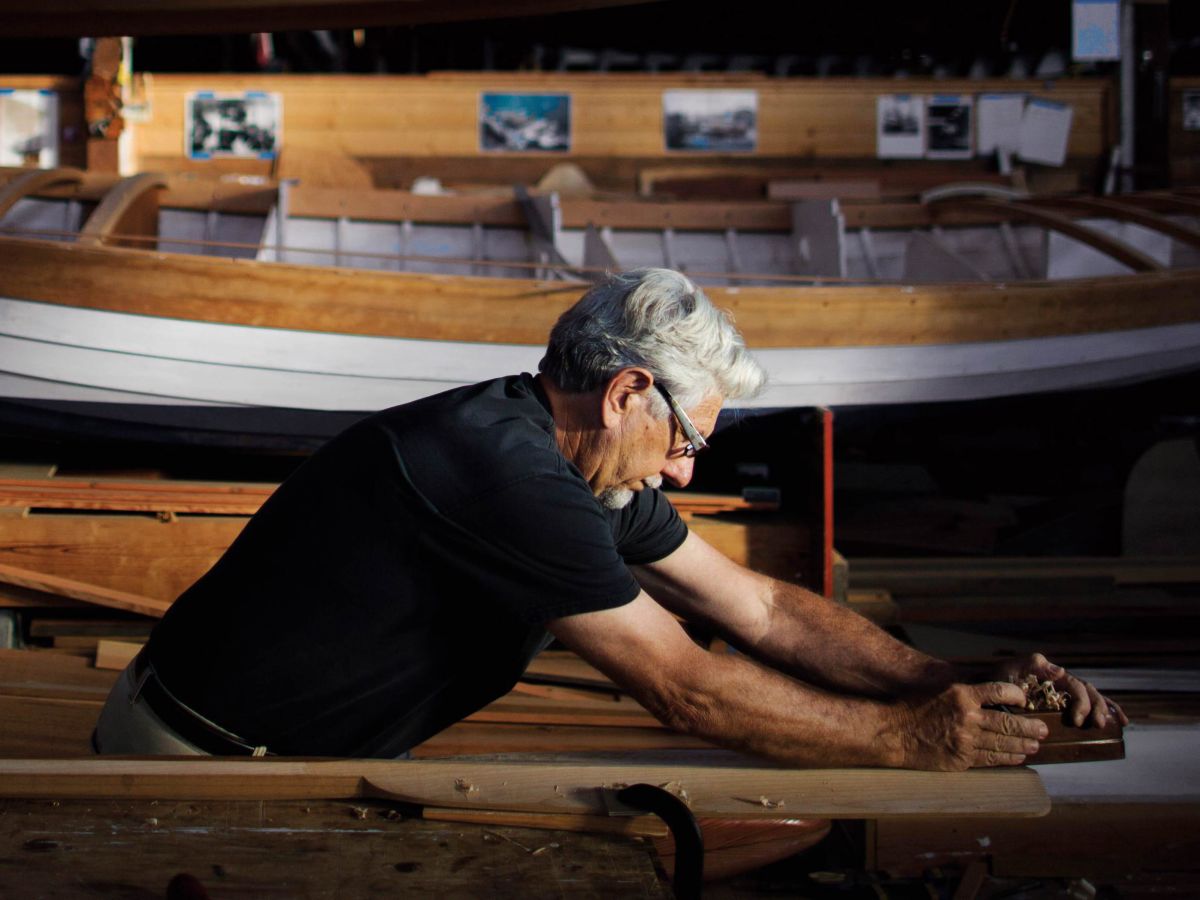 Bob got his training in boatbuilding while working with Alan Chase. In 1982 he started the Center for Wood Arts and in 1996 founded the Arques School in Sausalito.

Bob grew up on wooden sailing vessels and is now training the next generation of wooden boat builders. He employs 1-2 apprentices and offers Saturday classes to 6-8 people including on the design of boats. As an example, he showed a 12-foot row boat which was made from 2 wide planks that was built 2 years ago.

The next example shown was the rebuilding of the Loon, a pleasure sail boat made with pepperwood and cherry.

Bob proceeded to show us photos of how he was able to fell the fir tree in a difficult site next to a cabin and then proceed to saw it up into large boards weighing up to 800 pounds using aan Alaska chain saw mill. Using block and tackle and rollers he was able to singlehandedly load the lumber onto his pickup and haul it back to Sausalito. 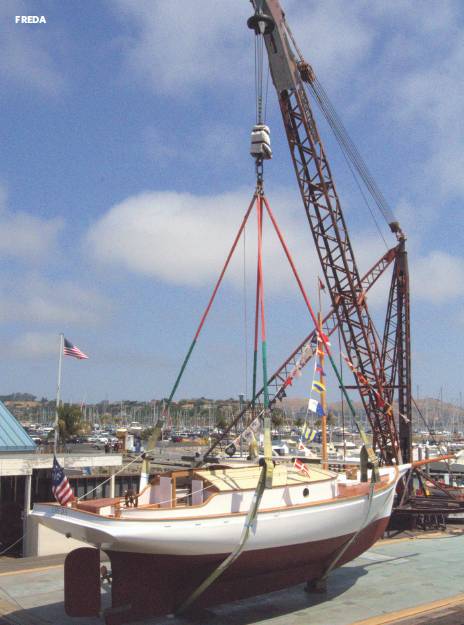 Ten years ago, he began work restoring the "Freda", the oldest boat in San Francisco using mostly local black locust wood. The frame members were cut using a tilting arbor mill since all the pieces are curved. The lumber selection for the spars involved going out to Nicasio and convincing the land owner to let him cut branches with suitable curvature. 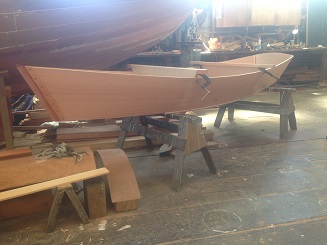 The final example was the construction of the previously mentioned 12-foot rowboat with the sides being each one large plank that is bent by pulling and clamping it around a form. The wood is first air dried to a moisture content of 18% and then bent to shape.

For more information on work at the Arques School of Boatbuilding: arqueschl.org 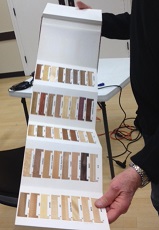 Following a 15-minute break, Fred Reicher showed a book with wooden pages entitled "What Wood is That?:Manual of Wood Identification" (availale on Amazon).

Burt Rosenzweig showed a small metal drill press vise that he fabricated himself. 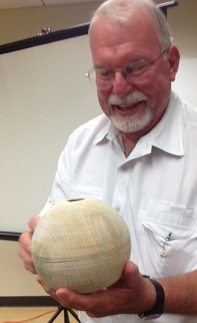 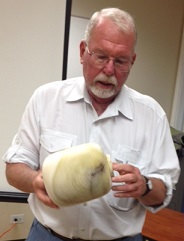 Finally, Jay Perrine showed us some examples of the fabrication of hollow vessels, some successes and some failures, that he learned to make at a class taught by David Ellsworth at the Ariment School in Gatlinburg Tennessee.